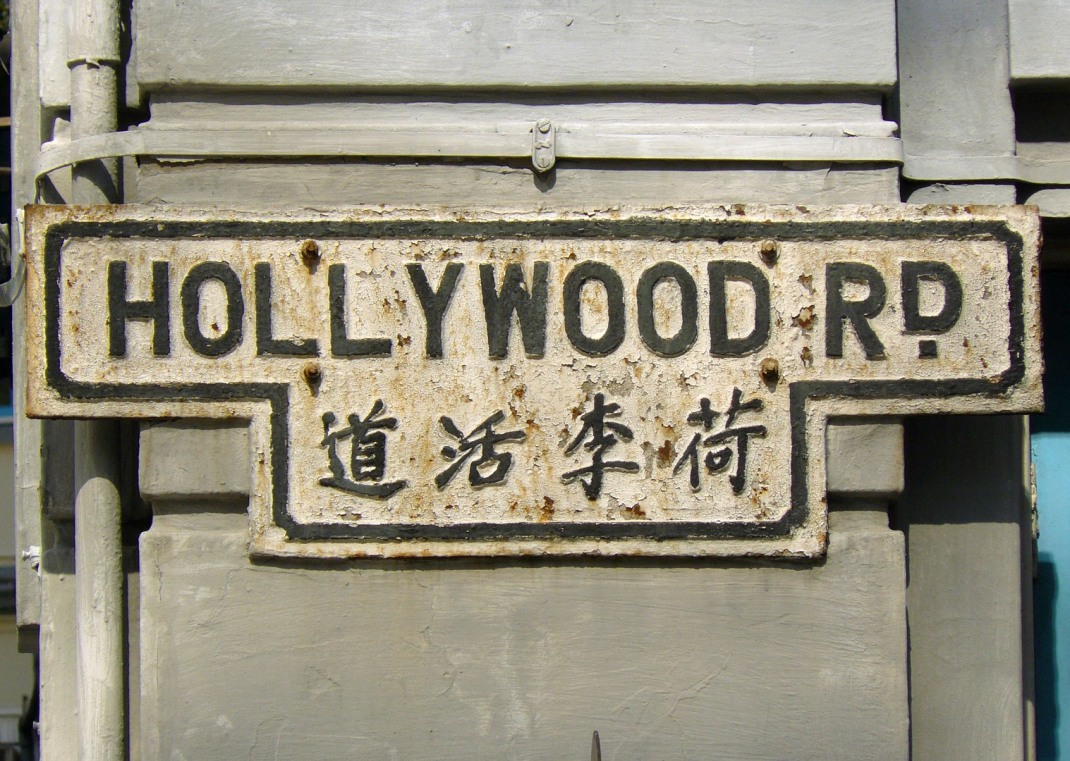 Soho overlaps both Mid-Levels and Sheung Wan, but because Soho is mainly known for its hip bars and foodie-lovin restaurants (as is Sheung Wan), most people associate Soho with Sheung Wan, and not the more quiet residential streets of Mid-Levels.  Sheung Wan was where the British first entered and occupied Hong Kong, in the 1840’s.  And even today, it offers visitors a true essence of the old HK.  Dried seafood, on-site paper printing, wet fish markets and countless Chinese medicine pharmacies all still occupy many street corners.  It’s also home to some of the best Chinese food restaurants on the island.  Although Sheung Wan’s northern border, Victoria Harbour, continues to move outward due to harbor reclamation, the south is bordered by Mid-Levels, the west by Sai Ying Pun and Central to the east.

Hollywood Road and Queen’s Road are two major thoroughfares in Sheung Wan, and my new home is sandwiched by both.   When googling my building name, addresses for both Hollywood Road and Queen’s Road come up, along with Soho, Sheung Wan and Central as ‘city’ options.  It can all be little confusing, especially when getting into a taxi or coordinating a home delivery.   Both roads are one-way, going in opposite directions and no nearby side streets going from one to the other.  I’m quickly learning which address is easier for taxi drivers, depending upon where I’m coming from.  The land my building is situated on is steep, as is most of HK.  When entering from Hollywood Road, I live 24 floors above street level, but when entering from Queen’s Road, I’m 30 floors above the street.  Lucky for me, my flat has a harbor view, facing Queen’s Road, so I’m far above the neighboring buildings.

I’ve lived in Causeway Bay, Mid-Levels and now Sheung Wan.  I loved living in Mid-Levels, and if situations were different, I would still be living there.  But I must say, I’m quickly crushing on my new hood in Sheung Wan.  For starters, most of my outings are lateral.  Meaning, I typically only go from west to east and back, which is all flat ground.  If I do go up the mountain, it’s only a few street levels and completely manageable with or without the escalator.  And let me just say… in this city that’s pure heaven.

There’s certainly a lot to explore in my new neighborhood and I’ll be sharing all my experiences here, with you!  Over the next few months I plan to publish a series of posts that showcase Sheung Wan.  So if you want to learn more about my new favorite coffee shops, restaurants/bars, historic landmarks, home stores, street markets and harbour-side parks, make sure you come back soon!